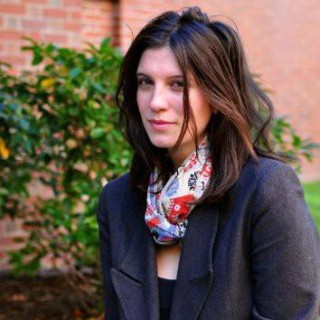 As far back as Lara B. Smith recalls, she always has had a deep awareness not just of her inner essence, but also those of other people, as well. Knowing that what she was looking for was not in the "mundane" professions that were made available to her, she followed a path that she believed would lead her to the one thing she was looking. As it turned out, she found it through hypnotherapy.

Suppose there were:  (1) a widely held but false perception that gays had lower productivity and higher healthcare costs than straights; (2) false literature that companies with gay conversion programs outperformed the stock market; and (3) a mandate that companies disclose to shareholders the percentage of gays they employ.

Obviously, many corporate CEOs would stop hiring gays, de facto require gay conversion among current employees, and fire gays who failed the program, in order to maximize stock price and hence their own wealth.

Preposterous? Of course, but if Johnson & Johnson (J&J), Vitality Group (a wellness company), and a few pharmaceutical companies get their way, this exact same scenario will befall overweight employees.  Indeed, two-thirds of this dystopian scenario is already in place:

To complete this trifecta of weight discrimination, all that remains is to require publicly traded corporations to disclose the weight of their employees…and that’s exactly what this cabal — led by J&J and Vitality —  proposed at Davos.  (They also want companies to disclose their stress levels. I have no idea how one measures stress. The one wellness vendor that tried measuring stress failed both miserably–and, this being the wellness industry, hilariously.)

Weight measures used by companies are also facile and misleading.  Typically — as with Vitality Group, an outspoken advocate of this proposed regulation — they use the Body Mass Index, or BMI. The BMI was invented by a mathematician 200 years ago, using a simplistic formula that he could never really justify…and yet is the de facto standard for measuring employee weight. It’s misleading along many dimensions. Further, it now turns out that the whole workplace BMI obsession might be pointless, as people with normal BMIs are at higher risk than people with high BMIs, if their weight is distributed badly.

The agendas of J&J and Vitality are quite clear: a regulation that worker weight be disclosed to shareholders would encourage publicly traded companies to use workplace wellness services, which they coincidentally happen to provide.  (The drug companies involved, such as Novo Nordisk, stand to benefit from selling more drugs.)

Unintended Ironies: A Hallmark of Wellness

Ironically, though, during that same Davos meeting, Vitality also candidly admitted that their wellness services don’t work even in the best-case scenario of their own employees.  That admission undermines the entire fiction that this requirement would somehow benefit the employees being fat-shamed.

Here is another irony.  (One hallmark of the workplace wellness industry is its obliviousness to its own many ironies.) This industry thrives on being totally unregulated — uniquely in healthcare, wellness companies and individuals face no licensing, education, training, oversight or certification requirements.  Consequently they can and do get away with whatever they want because employees usually lose money if they don’t submit. Wellness vendors are even allowed to harm employees. And yet now they want every other company to be regulated, for no purpose other than enhancing their own bottom lines.

Still another irony: The prime schemer behind this initiative, David Yach of Vitality, assured STATNews that existing laws would prevent employees from bring fired due to weight. But “existing laws” don’t prevent anything in wellness now. A federal court says it’s fine to fire employees for failing to participate in wellness. And despite flouting established clinical guidelines with impunity, no wellness vendor has ever been prosecuted for doing things to employees that would get doctors sent to jail.  And wellness companies can lie as much as they want about anything — including saving the lives of cancer victims who don’t have cancer — and not be prosecuted. Indeed, no wellness company or program has ever been successfully prosecuted or sued for anything under “existing laws.”

Many things in life have unforeseeable consequences. However, the consequence here is perfectly foreseeable:  If you are overweight or especially if you are obese, you should be able to keep your current job if your company likes your work. But your chances of getting hired anew by a publicly traded company — if you are competing for the job with an almost-but-not-quite-equally qualified thin person — would nosedive.

I rarely editorialize about wellness, because I don’t have to — facts are the wellness industry’s worst nightmare.   However, I’ll make an exception here: I find it appalling that J&J, Vitality, and Novo Nordisk advocate expensive and intrusive regulations subjecting huge numbers of employees both to institutionalized discrimination, and to programs that they admit don’t work, simply to make a few bucks.

— This feed and its contents are the property of The Huffington Post, and use is subject to our terms. It may be used for personal consumption, but may not be distributed on a website.

As far back as Lara B. Smith recalls, she always has had a deep awareness not just of her inner essence, but also those of other people, as well. Knowing that what she was looking for was not in the "mundane" professions that were made available to her, she followed a path that she believed would lead her to the one thing she was looking. As it turned out, she found it through hypnotherapy. View all posts by larrasmithh